I have very exciting news about the current “Wonderland” exposition at the Assumburg castle park in Heemskerk. 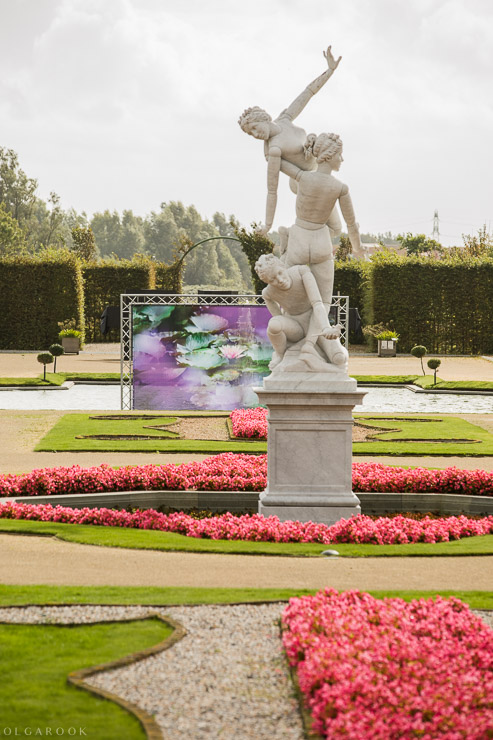 Since the end of April, six of my works from the “Florals” series can be seen in the castle garden. From September, 1, there is a great addition.

My photo of water lilies from Claude Monet’s garden in Giverny now decorates the fountain at the center of the park.

It is new to me to exhibit an artwork at a large format like that: 5 meters long! I say, big is beautiful!

During the first months of the exhibition, you could see a wonderful image by Desiree Dolron at the fountain. Unfortunately, severe storms this summer had damaged it.

It turned out a different printing technique was better for such windy conditions. It did not work optimally for that image, so it was decided to use another image for the last 2 months of the exposition.

I was honored and excited to hear the curators wanted to use my photos of Giverny for the new central piece!

We have selected a photograph of water lilies in Monet’s garden. Large vague purple spots add an “impressionistic” touch to the image.

I must say I am very pleased with how this photo looks in the middle of the pond. An image of water when presented directly against the water creates an interesting effect.

The material works well, it lets the wind through so that the canvas does not flap much (I was there on a windy day to see this). A little movement in the water at the lower edge, works beautifully for this image. The canvas lets the light pass through and that creates a glowing effect, a little like an LCD screen. That play of light makes the image even more vibrant. Sometimes, the reflection in the water seems to extend and double the image in a seamless flowing way. As the material is semi-transparent, the photo looks as good from its back side as from the front one. 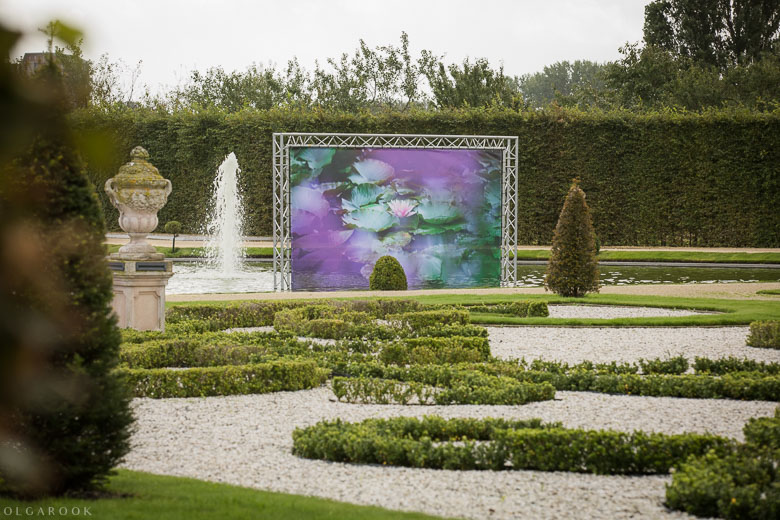 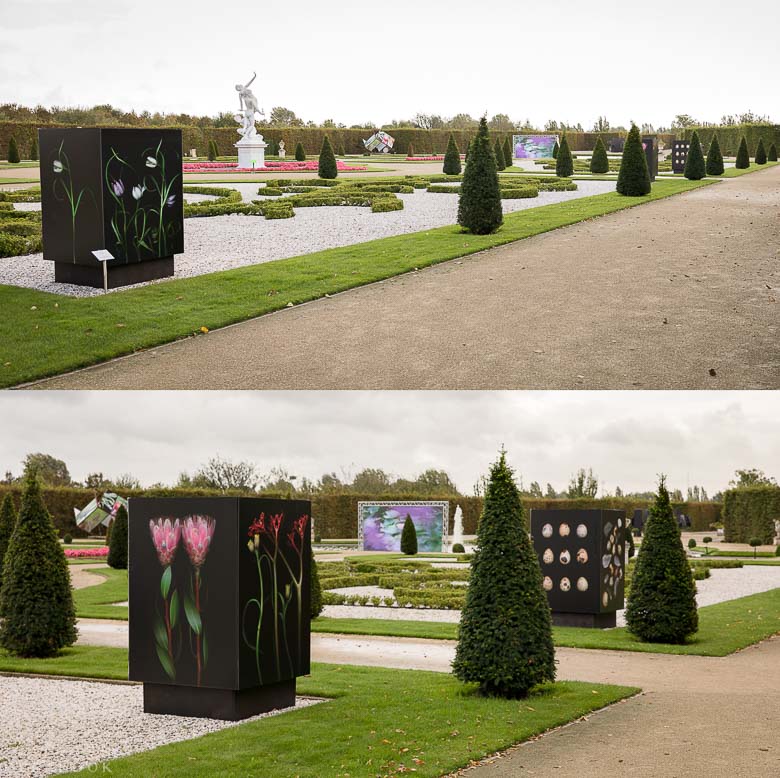 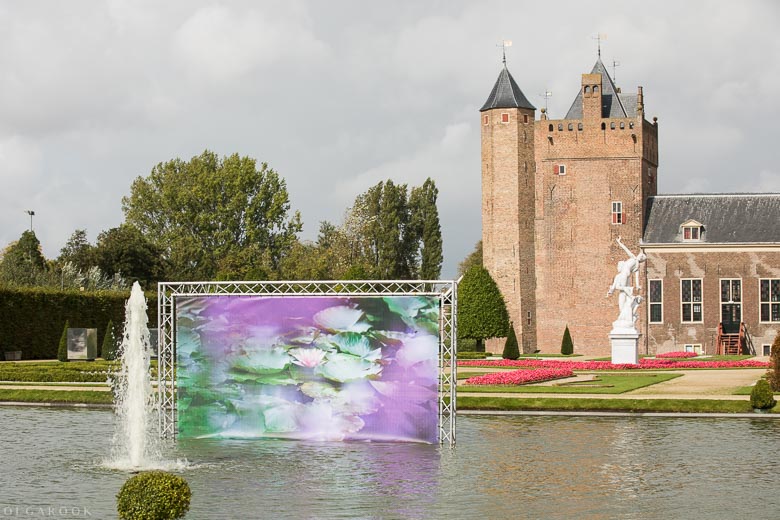 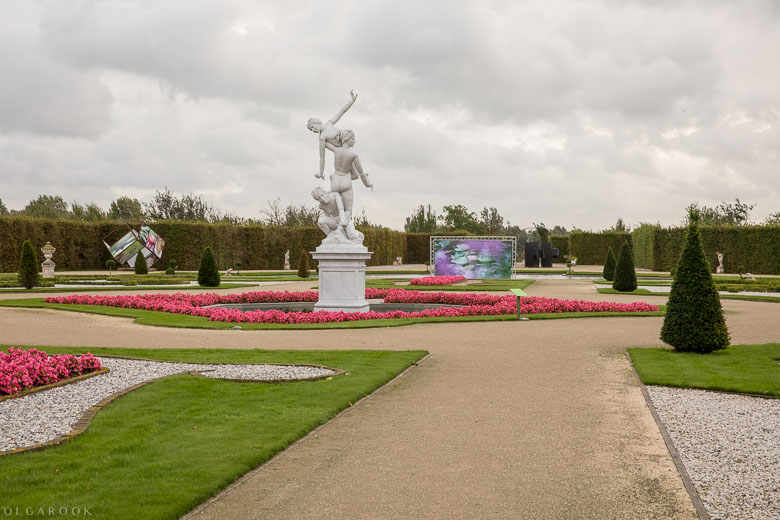 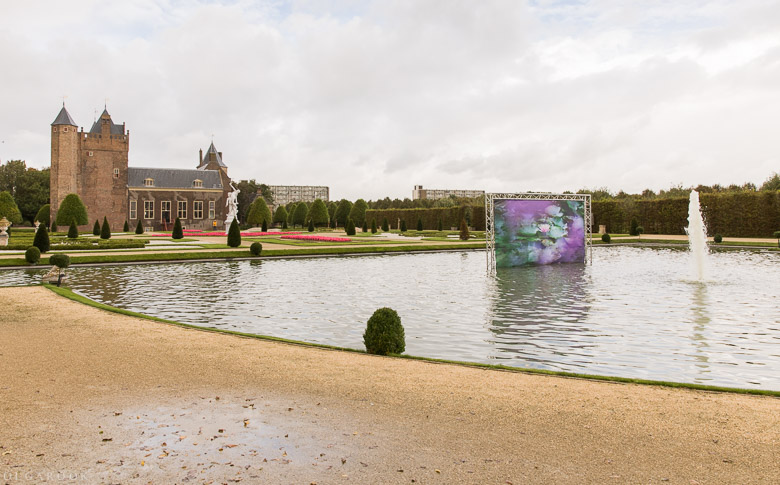 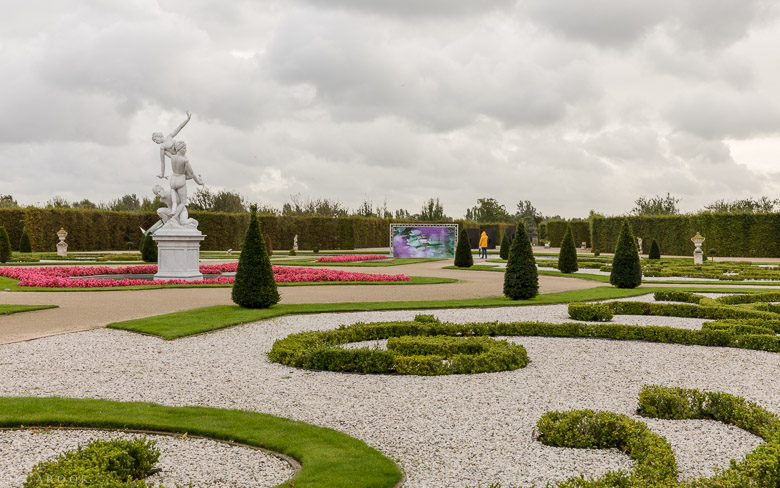 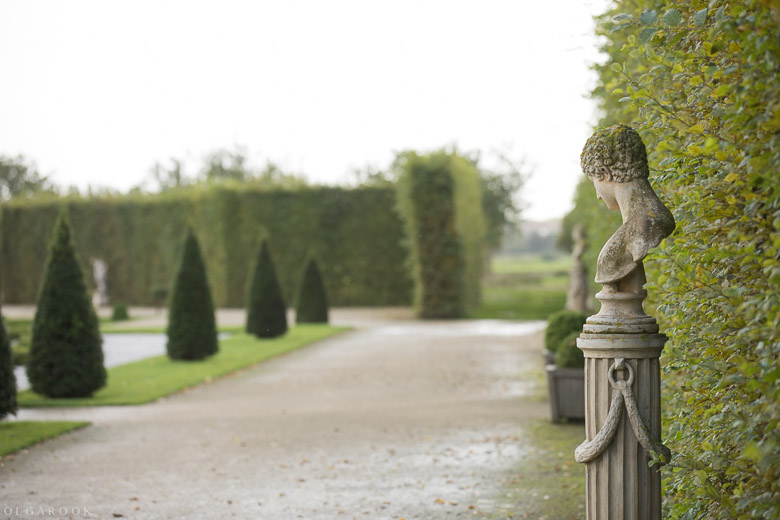 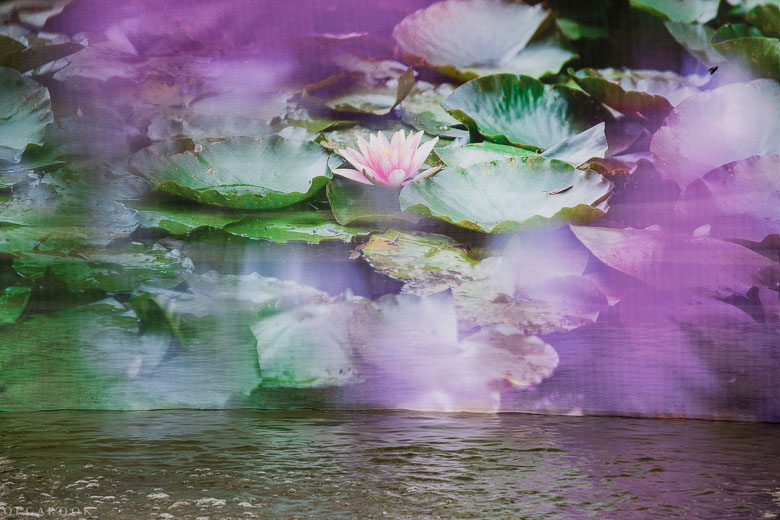 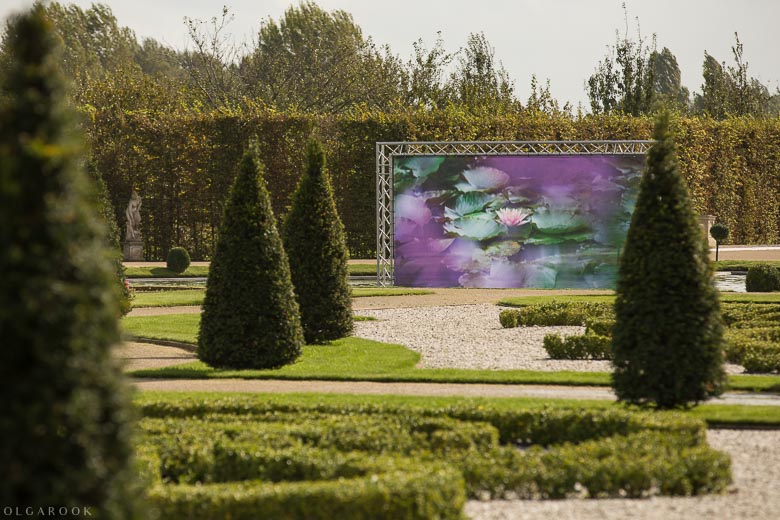 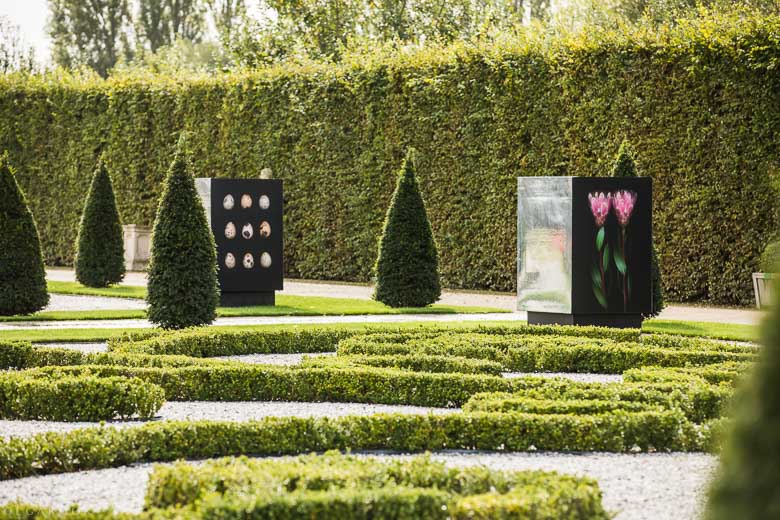 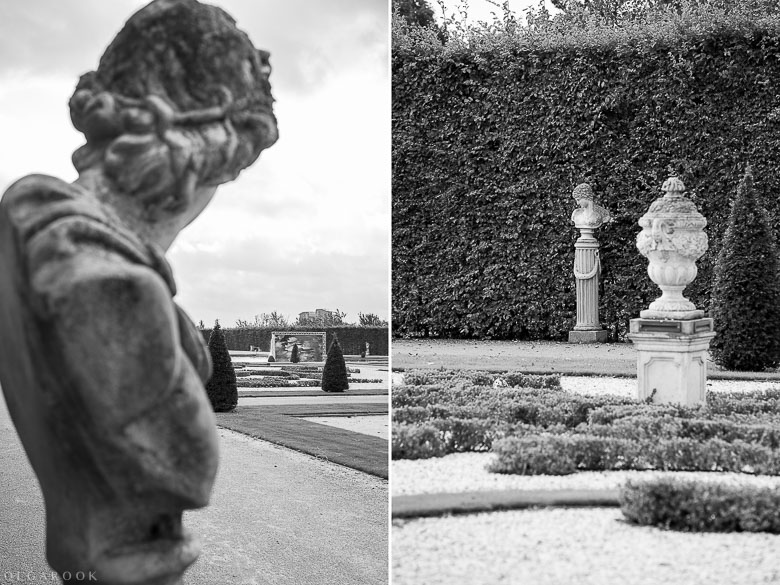 I am happy to see even more of my work at this wonderful exposition, were art and nature are involved in a dialogue and co-creation.

The exposition will run till the end of October. You are most welcome to visit it, and the entrance to the park is free during the opening hours.